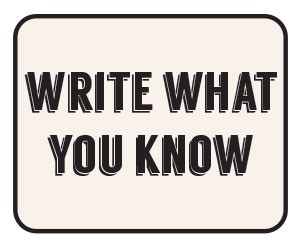 I feel as though, whenever I’m having trouble digesting something or with my writing, I find myself going back through my origins. My roots. By this, I mean where my writing began. What has inspired me the most. I’ve read and been introduced to so many words and pieces and writers through my journey of being a writer of my own.

The first poem I can really remember being hit by, my breath taken away from such a small amount of lines, I read my freshman year of high school. I found the piece scrolling through a website for inspiration and got just that. Matt Rasmussen’s, “After Suicide [a Hole is Nothing]” struck something deep within me. Blew some fuse that hadn’t really been lit yet, not so early on in my experience with the writing program. This poem was the first one I’d read and really understood, I think. Before, most of the writing I’d been introduced to had gone over my head, with meanings and messages too layered, too thick and dense for my young arms to grasp correctly. Too much for me to understand.

The brevity and specificity of this poem grabbed onto me. How much Rasmussen was able to say, the depth of the emotions he describes in so short a number of lines was unreal. It was almost like an epiphany for me, reading that poem. That was the moment I realized I could write about anything. I could take something so deeply personal to me and put it on the drawing board, stretch those emotions I felt to the reader and allow them to sit in on the moment with me. Before then, I hadn’t really thought there was room for my own feelings in my writing, but rather those of a character. I understood, when I read Rasmussen’s poem, that it was real. Even if it wasn’t his experience exactly, it was something he’d felt. Some sort of grief or loss. A longing.

To say I’ve attempted an emulation of Rasmussen’s poem would be to say I tried to write. That, of course, if what I’ve been doing from the moment I discovered the poem. However, I don’t think I achieved that level of personality and authenticity in my own poems until this year, when I dug so deep into myself that it began to hurt. That’s when I started to put myself into the writing, the things I’d experienced, or thought of, or felt. That longing, not matter what it may be for, belongs in the writing. It needs to be there.