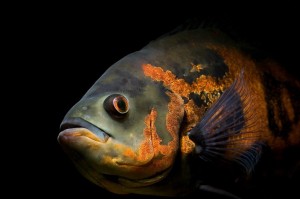 The only time I have really felt discouraged from my writing was when I assumed that writing had to add up to something profound. Over two months ago, I read “The Fish” by Elizabeth Bishop and it reassured me that what I was doing was fine. In my own writing, I spend a lot of time on the textual details of every sense—sight, taste, sound, smell, and touch. I think that my biggest insecurity came from believing that no one cared for the details. In a fiction story, the details are the most important part. Since my focus is in poetry at the moment, I was nervous to give too much to the reader. Naturally, I give everything away with taking the reader to the specific moment instead of telling them.

Every time I read “The Fish” it speaks to something different. The first time I read it, I was convinced that it was about the inevitable realization and last fight of death. In literal terms, I think that this poem is successful in showing that. It’s easy to get lost in the descriptive details. My favorite lines were “I stared and stared and victory filled up/the little rented boat/from the pool of bilge/ where oil had spread a rainbow around the rusted engine.” I fell in love with these lines because it reminded me of the slippery love/anti love and triumph/victory that can be applied to any situation in writing. I was amazed how linear and cohesive all the images felt. Even reading the poem out loud was swift and rolled off the tongue easily. The couple of jarring lines added to the effect of disruption in the poem, which aided to the personal experience I felt. I wasn’t just thinking about this fish, I was thinking about myself.

Reading this poem when I was going through insecurities in my own writing has made me question if other writers feel the same. Recently, I learned that Elizabeth bishop went through countless and countless drafts of the poem before finally publishing it. She held on to the poem for years, probably altering a couple of words or staying up all night not knowing what was missing. Keeping the poem for so many years makes me wonder when Elizabeth decided that the poem was finally “done.” After reading the poem again, at a different point in my writing, I can see the vulnerability and beauty of the fish as symbolism of who the speaker is. Every time I read the poem, I find myself learning new things about myself and how I am feeling, solely based on the mood I am in. “The Fish” is coated in metaphors and descriptive language that speaks nothing but truth and identity.

Almost mid-way through my sophomore year, I just lost writing. I felt no want or even a need to write and the work that I was producing I didn’t care about. Having lost this practically innate feeling that had always been a part of me was strange and I wasn’t sure what I was doing wrong. Can there be a wrong way of writing?

At this time, in our creative writing class our teacher, Ms. Bundy, had us studying Magical Realism, which I didn’t really like anyways, so I blamed my not-so-enthusiastic attitude towards writing on the fact that I just couldn’t write Magical Realism. It was denial in its finest form. It wasn’t that I didn’t want to write, but that I just couldn’t. Or this is what I told myself.

At this time, my life was the epitome of a teenage movie. I bathed in my teen angst. Writing seemed trivial in comparison to everything else happening because it seemed like everything was happening to me and I had no way to stop any of it. In the spare time I could wedge into my day, I used to write. I carried my journal with me everywhere I went. And now, my journal laid haphazardly in the space between my desk and my bed, mocking me, so I hid it underneath schoolwork and that was my new excuse; I was too busy with school to write more than I already had to.

I kept coming up with different excuses to defend the fact that I just could not stand writing. It wasn’t something I wanted to do. Writing became a chore. I watched episodes Criminal Minds, instead of revising a story or a poem, and I saw no problem in this. I went on like this through a good portion of the second quarter because it was fine. Ms. Bundy didn’t comment on how my pieces were lackluster or the fact that my notes turned into chicken scratch.

It wasn’t really until winter break when I realized how much I missed the act of writing. I missed having the drive to want to sit down and write anything whether it be amazing or absolutely horrendous. Winter break meant that I had an excessive amount of time on my hands. With winter break came a tsunami of various emotions, ranging from joy to desperation to anger. I felt heavy from everything I wasn’t writing.

So, I forced myself to journal. Every day, I made myself sit down and write. It didn’t matter what I wrote as long as I was writing. Honestly, it was a chore and I loathed it, but I still did it. I still sat down with my journal and wrote. Slowly, it began to feel familiar, less mechanical. I felt light again. I had to learn how to love writing again.

Winter break ended and I worried that I would fall into the same habit of creating excuses to not write and slide back into the same funk I was in. I refused to make writing my New Year’s resolution because no one ever commits to those and I needed to commit to writing. Making time for writing is hard and I don’t write every single day and I wish I could say that I did, but that’s not how it is. For me, writing is a way to take a weight off of myself and put it onto paper. If I could weigh my journal, it would weigh 2000 pounds.

There are nights where I choose writing over sleeping because I know I cannot carry that weight anymore, which is okay. Writing is a matter of making life easier because that is the only way I know how to. 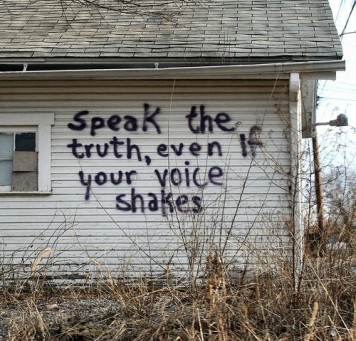 Just thinking about my earliest writing elicits cringes and pained contortions from secondhand embarrassment. I remember being so proud of my audition portfolio, thought I was the next writer with God-given talent discovered at a young age. Perhaps immediate scoffs when reading my earliest writing isn’t the best reaction because that embarrassment and shame I feel when reading my clumsy prose and cliché poetry lets me know that I have evolved as a writer.

Early in my writing career, I believed fiction was completely divorced from the writer and poetry was always angry spoken word or dramatic Edgar Allen Poe rhyme. I didn’t understand that my personal truth could come into play with either of these genres because creative nonfiction itself was a genre and that’s only where I could let the reader know about my life. The result of trying to keep my prose and poetry sterile, free of personal information, was something safe and cliché, showing technical promise but no real depth. It was only after taking a speech/oral interpretation class I realized that one’s personality and experiences can come into play with poetry and by extension, fiction. That class gave me permission to take a published poem and make it my own with stylistic choices and intonation and most of all, relate to it, live inside the piece, let it live inside me for a while.

With this revelation and newfound confidence under my belt, my writing began improving. I began writing more consciously about things I was passionate about. My fiction held more clues to my personal life and my poetry became distinguished from usual teen poetry as I learned to become more comfortable in my skin. Oral interpretation broke my shell, and an advanced poetry class during my junior year gave me permission to ooze out. Junior poetry class forced me to be naked in front of my peers in a way normal critique groups didn’t- I now had to write from very personal places without the guise of fiction protecting me. My peers had to read the details about my life I couldn’t even previously utter, and then critique it, tell me what wasn’t working, but also, what was working, what they were interested in. Having this renewed confidence and nakedness oral interpretation class gave me, I’m now learning how to make my fiction as personal as my poetry. I’m writing thematically about things I never would’ve even given the time of day before and my voice as a writer has become infinitely stronger because of this. Diction and syntax that is unique to me has emerged. Fictionalizing my personal truth, my heart beating and bleeding on the page, is a process I’m still learning to create fiction that is still uniquely my own but easier to write about. Once I got a taste of personal truth permission, it was all I could write about, so much so my prose would veer into creative nonfiction, my poetry a diary, so now I’m reeling it back in and being more selective with my personal truth. My earliest writing was good for my age, but now it has improved in strides I’d never believed to be possible, and it’s still improving.