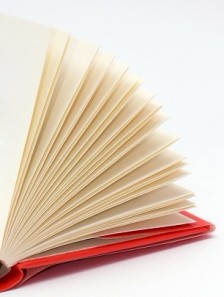 Man is not only made of skin, flesh and bones, but also of personal history. What influences someone to grow and shape himself or herself into the person they wish to be, is heavily affected by their experiences. Each of us has a story, some tragic and emotional, some simple, all equally as impactful.

At the start of my teenage years, when I became far more aware of the world around me, I began to recognize the emotional depths of people, specifically my father. As a kid, seeing him upset always registered as something temporary, something he could mend with a good night’s sleep, and his favorite snack. Soon, I learned, it wasn’t that simple.

I learned my father had clinical depression when I was fourteen and he was admitted into a mental facility for the first time. The weeks leading up to his admission, he had drastically changed. He lost twenty-five pounds and all the color in his skin.

He had always been the kind of man who danced on tabletops in fancy restaurants and laughed loud enough for an entire room to hear. He empowered others with his wisdom and he was a role model. He was a man who, more than anyone else, loved the art of living. He was also a man who was fighting for his life.

He didn’t experience another episode until the months leading up to August of 2015. The patterns remained the same. He lost weight and ambition and on August 6th, he took his life.

Often times in dealing with death, people express the hurt in losing someone else. They describe the pain felt in never seeing them, hearing them, or being with them again. I felt a much different pain.

With any loss, other things are gained as a consequence. I’m waiting for those things and, slowly but surely, I am learning that they do come eventually.