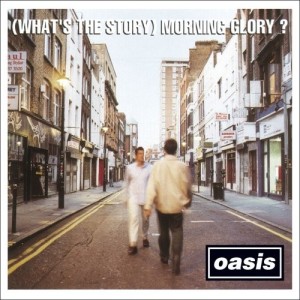 Ever since seventh grade, I’ve been obsessed with the album (What’s the Story) Morning Glory? by Oasis. Wonderwall is one of my favorite songs. I absorb the orchestral background like a washcloth absorbs sweat and grime. I bask in the off pitch voice of Liam Gallagher as he sings about some girl that he’s probably still in love with. His voice drifting in the prominence of the cellos, acoustic guitars, tambourines, and drums. Leaving me in a tranquil state that makes me smile, even when tears are fanned out on my cheek like a parachute.

As long as I listen to this album, I’m okay.