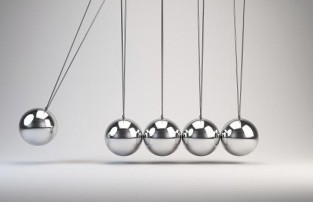 My first experience with Elan was in freshman year, when I was forced to submit my first fiction portfolio for a homework grade. The story was about some kid and how he related his father to parachutes, throughout different stages of his life. Shockingly, it was titled “Parachutes.” You can read it on page 44 of Elan: Winter 2013, located on the archives page of the Elan Literary Magazine website at https://elanlitmag.org/archives/.

From that point on, there were three reasons that I fell in love with Elan:

I looked up to Elan so much that I had neck pain. My hope for junior year was that I would become a part of the staff, so that I could also assist in the spread of literary publishing breakthroughs for other kids like myself, who started off without any hope of getting published.

And so, the dream has become reality. Bam. I’m here.

Oftentimes, reality can be described as a letdown.

With Elan, that statement is entirely false.

Being able to play a part in the group that led to what I consider to be my first and ultimately most important achievement as a writer means the world to me because I am able to contribute to impacting other kids the same way Elan impacted me. Most importantly, I am far from the only person who feels this way about Elan. Thirty years of children with writing and hopes for their work laid the road to where we are now. Thirty years of work have ultimately culminated into where the publication stands today, as both an online and printed work of literature.

And the most beautiful thing about the publication is that it continues to inspire me in new ways. For example, the recently-held Elan 30th Anniversary Alumni Reading brought together a few writers who were published in Elan during their time at Douglas Anderson in order to show where those writers stand today. Some of the writers pursued professions having to do with writing while others took more academically-based paths. Some of them admitted to giving up writing at some point in their lives. However, all of them still considered themselves to be writers because they all returned or stayed with the art, with Elan as the starting point to their explorations of the art form. Seeing those people made me, for the first time, truly see the importance of Elan as a legacy, and how much those thirty years of dedication have made an impact on the writers of my department, whether they are currently enrolled or left the school twenty years ago.

And so, my definition of Elan has evolved. Whereas when I was a freshman I only saw Elan as a publication, I now view it as an inspiration.