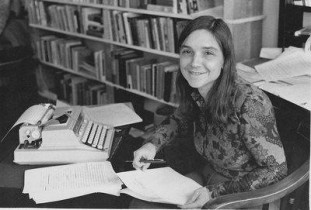 In the first half of my junior year in Creative Writing, I quickly cultivated the most intimate and intense relationship with poetry I’d had thus far. I became exposed to an enormous amount of poetry and poetic techniques that, through practice, I could eventually use meaningfully in my own work. After closely studying the choices of established poets in their writing, with each piece I felt a sense of enlightenment and awe, as if every new technique I hadn’t previously known existed was a key unlocking a door, and another door, and another.

A particular poem that stuck with me from that semester was A Blessing by James Wright. The majority of the piece describes the speaker and his partner pulling over to the edge of the highway and getting out of the car to pet and marvel at two Indian ponies. Within this image, Wright uses descriptive implication to give the reader a sense of how she should feel in response to the brief experience with the horses, and also toward the relationship of the main characters in the poem. In the last two lines, the reader is struck with an extremely abstract bomb of language that floods everything we thought we knew about the moment with emotion and insight. It created the perfect balance between concrete detail and abstraction. Another piece that revolutionized my approach to poetry was The Fish by Elizabeth Bishop, which did most of its work with intense sensory detail and descriptive implication, as well.
However, the interaction with poetry that proved to be the most influential to my original understanding of the genre was the one I had with the work of Adrienne Rich, whom I deeply studied and analyzed for a huge project I will be forever grateful for. With an in-depth understanding of her life, specifically difficult times she experienced that played major roles in her writing throughout her career as a poet, I developed a close relationship with her individual style and became familiar enough with her signature techniques to attempt to execute them in my own writing.
This is when I discovered gaps. I noticed they showed up frequently in her poetry, and after doing some research, learned they are used to juxtapose two concepts either on the surface of the poem, or hidden inside the subtext of the word choice. Essentially line breaks within lines, gaps do the work that the language itself cannot. I’d had prior context for juxtaposition, but never knew how to properly go about it, and gaps allowed me to more constructively search for and utilize the complexity and dynamism in my work. I tried it out in an original poem entitled The Origin of Lost People, and its use proved successful. It significantly contributed to the progression of my work and myself as a writer. While not the only important thing I learned from Adrienne Rich, this particular technique helped expand and transform everything I thought I could do with poetry. I’m anxiously anticipating other secrets I’m bound to unlock in the future.