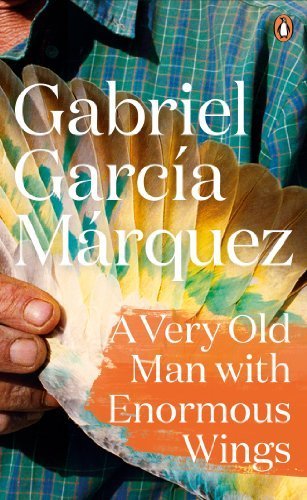 When I was first introduced to the magical realism genre, I thought it was strange and knew right away that I wouldn’t like it. However, after studying it for a few weeks in my creative writing class, and eventually writing my own story within the genre’s definition, it became one of my favorite things to write about. I love the idea of being able to take a cliché topic and make it original in its own world.

At first I only expected the genre to be about magical occurrences and unusual reactions. However, with the first story I read in my class, “A Very Old Man with Enormous Wings” by Gabriel García Márquez, I knew that this genre wasn’t what I thought it was going to turn out to be. This story does more than just show a moment in which a community is blessed by the presence of an angel, but branches off into many deeper meanings. For instance, the story shows greed and the lust for power that leads a family to treat a dying man (or angel) as though he is an object to be profited off of. After I read that story, I began to research and read more because of how interested I was. I don’t know exactly what it was that changed my mind on how much I enjoy writing this genre, but something clicked my interest and hasn’t let go.

When I was assigned my first magical realism story, I racked my brain trying to think of a unique idea that I could make interesting. I ended up writing a short story about a man grieving over the loss of his wife after she dies in a car accident. On his way home from visiting her grave one evening, she appears as a “ghost”, following and speaking to him because she thinks he can’t head her. She talks to him throughout the course of the night until eventually deciding it’s unhealthy for her to stick around and ramble on when he can’t even hear her. Before she has the chance to leave, he pulls her into his arms and embraces her, without questioning how she’s alive they continue to live their life together as if her accident had never happened. After revising this one, I came up with ideas for more stories that I could possibly write in the future. It’s been a while, now, since I’ve sat down to write a magical realism story. However, the ideas and techniques are still heavily present in the other things that I write, whether it be unusual events and warped senses of time, or just that I’ve morphed some of my ideas into other genres too. Someday soon, I hope that I can find the time to sit down and write a new magical realism story, whether it’s an idea I’ve already thought of, a completely new idea, or even just a revision of an older story.